At 2:49 p.m. the Red Sox had won with a walk off hit on Patriots Day, the winners of all the Boston Marathon events had crossed the finish line and it was a beautiful April day.

At 2:50, Boylston Street was shrouded in smoke, glass and broken hearts.

This is my city, and this is just too close to home. I decided on a whim Sunday, that instead of returning to New York, I would spend Marathon Monday from home, working on my couch while watching the Sox. It was going to be a great day, and I would spend it with family and friends.

And suddenly a noise shook my building. I thought nothing of it. Five minutes later I heard the news.

In moments I was outside, racing towards Copley Square. Husbands and wives were holding each other, some with tears in their eyes. Everyone had a phone glued to their ear, talking to loved ones.

As I got closer to Copley and the finish line, where I had been strolling only one evening before, the crowds became thicker, the police presence heightened. Megaphones and instructions. Move away, move away. I kept getting closer.

I asked a man to tell me what had happened. He had been a quarter of a mile from the finish line when the first explosion struck. The second sent a garbage can flying just ten feet to his left.

“I saw a trashcan go up. I saw fire, I saw smoke. I saw what looked like someone hitting the ground,” he said. “I just turned around and ran for my life.”

He told me that a young man was screaming around the corner, “I tried to warn someone this was going to happen!”

Another woman had ended up in the medical tent after her race. She was being treated for shortness of breath when the ground shook.

“It was a life changing experience to see a man come in with no legs,” she told me.

Finally, I ran into a man with bloody fingerprints on his white t-shirt. He was walking up Arlington Street when he heard the bombs. He jetted straight for Copley. He happened to be a paramedic, trained for trauma. The medics in the tent? Athletic trainers, used to shortness of breath, and heart conditions. Nothing like this.

He’s a hero, a first responder. All of the injuries were to lower extremities he told me; burns and shrapnel. And he was sent out of the tent, because he didn’t have credentials.

Strangers wandered around the streets of Boston, runners with no way of getting into their hotel rooms, of finding their belongings, their cell phones. Family members couldn’t cross Boylston Street even if they knew where significant others were. Cell service was spotty at best, as everyone was trying to get a signal.

This is one of the best days in Massachusetts, from Springfield to Cape Cod. Marathon or not, it is one of national pride. As I tell my friends, it’s a national, state holiday. One of my favorite days of the year.

But this is too close to home. Boston keeps to itself, takes pride in its teams, its fitness, its politicians. We gripe like hell when we lose, we embrace when we win. We love our state, our traditions. We may be massholes, but we don’t care.

As the streets emptied and the sun went down, downtown Boston was ghostly. On a night that is usually reserved for revelry and celebration, the city was forlorn. Yellow bags littered Berkeley Street, abandoned for later. 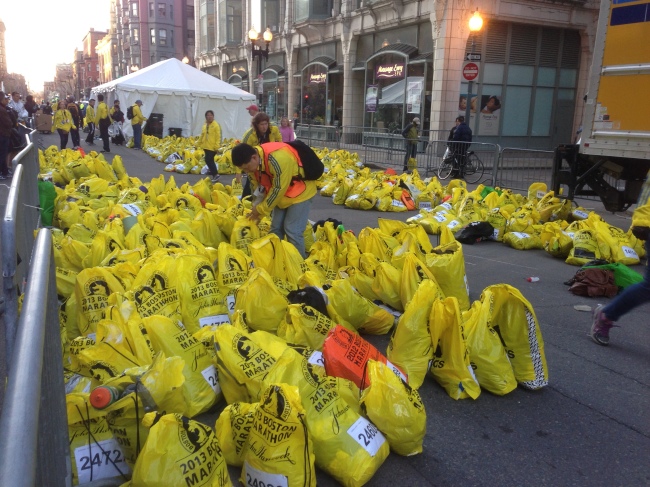 I have never seen Newbury Street so empty. Berkeley and Boylston  vacant and littered with trash. What have you done to my city?

We’re left sullen, heart broken. Most utterly destroyed on what should be our most joyous day. I’m sick.

2 thoughts on “Boston you’re my home”

I am an Emergency Medicine Resident at the Mount Sinai School of Medicine. I completed my MD at Boston University School of Medicine, and graduated from Brown University with a degree in nonfiction writing. Between college and medical school, I worked for a short time as a reporter and freelance writer. This blog was started during that time in my life. 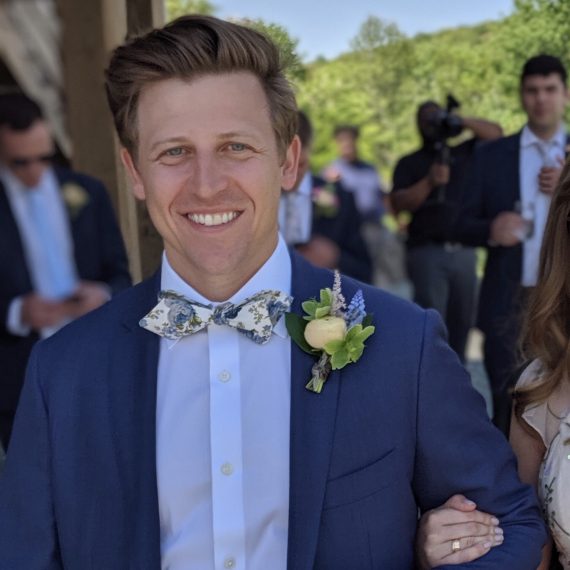